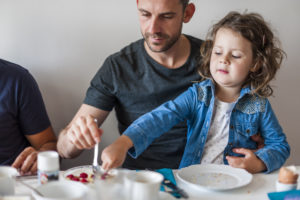 What is Co-parent Counseling?

This is an excellent article that describes co-parenting counseling  by Bruce L. Ross, LMFT

Co-parent counseling was developed in an effort to help divorcing parents learn how to “do divorce better.” If most parents knew some simple principles and truths about how to make their children’s lives better, they would, in most cases, respect the value of learning to cooperate with each other. Co-parent counseling should give the therapeutic community hope that there is indeed something that can be done for troubled divorced parents.

Co-parent counseling can be conceptually divided into two parts. The first part is to help restructure the parents’ communication so they can learn to more effectively and safely approach each other, and the second part is to address outstanding issues involving their children that can range from behavioral problems to scheduling difficulties, etc. It is imperative that parents shed their dys- functional communication patterns since it has been consistently shown that if the communication between parents isn’t improved right away, co-parent counseling will fail.

When co-parent counseling works, it seems as if many of the children’s problems magically “disappear,” indicating that many of the problems that children experience through the process of divorce are either caused or exacerbated by parents who can’t or won’t cooperate with each other for the sake of their children. A word of caution – co-parent counseling requires that therapists receive both training and experience, and it tends to be very difficult work.

Working with clients who are often hostile and resentful requires that a therapist possess, in my opinion, the ability to be both directive and strategic in his or her approach. It is also essential to be familiar with the developmental stages of children, the dynamics, dilemmas and problems of divorce (both for parents and for children) and to have a dynamic approach to working with couples. Below is a handout entitled” A Guide for Divorced or Separated Parents” which outlines what parents can accomplish in co-parent counseling.

A Guide for Divorced or Separated Parents

For most children, divorce or separation is a traumatic event that requires time, effort and support from both parents in order to heal. The single best thing that parents can do to help their children through this process is to learn to cooperate for the sake of the children by reaffirming and maintaining a commitment to their parental obligations and responsibilities.

Divorce or separation is perhaps hardest on children as they are usually forced to transition between two different households. It is also useful to keep in mind that while each parent is missing the children some percentage of time, the children are missing one parent 100% of the time.

1) Frequently remind your children that the divorce was not their fault in any way and that you will always love them and remain a part of their lives (unless, of course, this is not true).

2) Learn to view your current relationship with your ex-partner as a business-like, co-parent relationship that focuses only on matters directly involved with the ongoing rearing of the children. Refrain from speaking about any other personal matters.

any child as a “go-between.” Asking children to deliver messages to the other parent, however innocuous these messages might appear, can generate tremendous anxiety for children, especially if conflict already exists.

4) Never speak disparagingly about the other parent to the children as this causes a loyalty conflict within a child.

5) Learn to convert your complaints of the other parent into requests for behavioral change from that parent. Beginning requests by using phrases such as, “Would you be willing to:’ “I’m wondering if it is possible for you to:’ etc., demonstrates both respect and politeness to the other parent, which will go a long way toward establishing cooperation and softening anticipated resistance.

7) When conflicts occur between parents that involve the children, learn to focus on the facts surrounding the actual problems as reported by the children (using their exact words as much as possible), rather than editorializing or exaggerating the events for dramatic effect.

8) Don’t involve your children in your new personal, intimate relationships unless you are certain that the relationship is a committed one that will become an important and integral part of the children’s lives.

Casual dating and/ or temporary, non-committed relationships should be kept separate from the children and enjoyed during the parent’s own time.

Bruce L. Ross is a licensed Marriage and Family Therapist with a private practice in Santa Cruz, CA since 1989.